<< All Cars For Sale 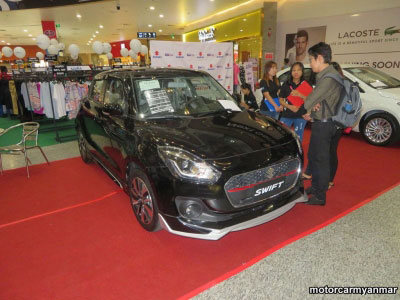 Suzuki Motor Corporation is a Japanese multinational corporation headquartered in Minami-ku. It was founded by Michio Suzuki in 1909. In 2016, By car production globally ,Suzuki was the eleventh biggest . Suzuki has 35 production facilities in 23 countries, and 133 distributors in 192 countries. The worldwide total sales of automobiles is the world's tenth largest, while domestic sales volume is the third largest in the country.

July 2015, Suzuki produced Suzuki Ertiga and then in July 2016 continue to produce Suzuki Ertiga Type 2. Myanmar is the third country of Ertiga production, after India and Indonesia that also produces the model.

In February 2017, the suzuki begun production of “Suzuki Ciaz”.

The company constructed factory in Thilawa Special Economic Zone to expand the business and shifted the production of Ertiga Type 2 and Ciaz in January 2018.